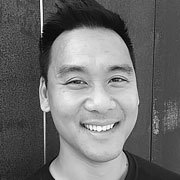 Riot Games’ Senior Animator Jason Shum has contributed to some of the most exciting video games in the industry, as well as lending his animation skills to feature films, television, and commercials. Having worked for such studios as Riot Games, Ready at Dawn Studios, EALA, Blur Studios and Pixomondo, his credits include ‘League of Legends’, ‘The Order: 1886’, ‘Green Lantern’, ‘Journey 2: The Mysterious Island’ and ‘Star Wars: The Old Republic’. Jason also parlays his nearly fifteen years’ experience in game and film development into animation instruction at several schools in the Los Angeles area.