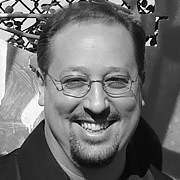 Thomas M. Baxa has been creating fantasy creatures that haunt the imagination for over 20 years. He works primarily in the role playing game industry where he has contributed to countless games including Dungeons and Dragons, Shadowrun, Vampire, Magic the Gathering, and World of Warcraft. Tom has done a multitude of illustrations focusing on dynamic character design and action. His work has a creepy and often disturbing edge to it that appeals to fantasy and horror fans alike. He currently lives in Los Angeles and freelances full-time as an illustrator and concept artist, designing characters for games, books, miniatures, video games and film, while developing his own properties and managing his website www.BaxaArt.com.