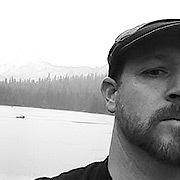 Nate Stephens has been working in the video game industry over the past 18 years alongside some of the biggest studios such as Blizzard Entertainment, Respawn Entertainment, Cryptic Studios, and Playstation Santa Monica Studio. Nate has been a driving force behind many AAA titles, as is shown by his work on City of Heroes, God of War 2, God of War 3, Titanfall, and the latest God of War for the Playstation 4. A true generalist and expert in many disciplines, Nate has done everything from designing, building, and lighting entire game levels, to leading teams that set the bar for fidelity and quality in today's games. Currently Nate is a Principal Artist at Playstation Santa Monica Studio, and leads the Environment Art, Lighting, and Breakables teams. Nate also loves to teach, and is an instructor at the Gnomon School of Visual Effects in Hollywood where he instructs the Environment Art for Games class. Additionally, Nate has produced videos for the Gnomon Workshop that cover modeling and sculpting in ZBrush and Maya.